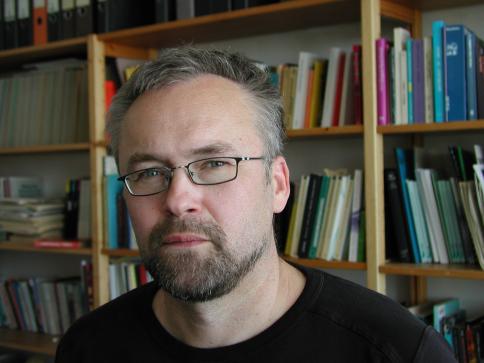 Dr. Johannes Jörg Hüttermann studied sociology and history in Wuppertal, Bonn, Bielefeld and Madrid. Since 1994 he has been developing, acquiring, conducting and performing third party funded (partly international) research projects on conflicts and intergroup-figurations in urban spaces of migration related diversity. His research and writings address topics like: Sufism in Germany, Policing Urban Diversity, Urban Market Sociability, Conflicts about Islamic Symbols, Conflicts among Immigrant Groups, Tram Riding in Contexts of Urban Diversity, Diversity and Contact in German Cities, Neo-Salafism and Radicalization in Germany, Figurational Processes of the Society of Immigration. In September 2017 Jörg has returned to the IKG (Institute for Interdisciplinary Research on Conflict and Violence), Bielefeld/Germany, where he started to work in 1996. In the meantime he held positions at the MPI-MMG (Max Planck Institute for the Study of Religious and Ethnic Diversity), Göttingen/Germany; the IIT (Institute for Islamic Theology), Osnabrück/Germany and at the KWI (Institute of Advanced Study in the Humanities), Essen/Germany

Presently he directs and performs a DFG-Project on social mobility of Muslim and Non-Muslim migrants. At the same time he is directing another third party funded project (NRW) on urban contexts of non-violent and violent Salafism.

1. figurational change and conflict in Germany and Europe as a consequence of immigration
2. the ongoing shift to a culture-focused understanding of social conflicts
3. the renewal of conflictf sociology by means of figurational sociology and symbolic interactionism
4. Sufism
5. Salafism