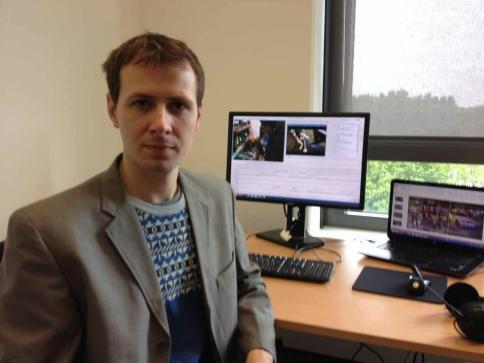 Since 2020 Primary Investigator (Projektleiter) of the DFG-funded research project "Civilized Families. Discourses on 'Filial Piety' in the Age of the China Dream"

Governmentality and Subjectivation in China from a Postcolonial Perspective
Since the early 1990ies, reforms in China have been debated from the perspective of governmentality studies with a focus on state-planned cultural change and the effects of modernization/development on society. I argue that governmentality studies have overlooked the historic and globally entangled character of Chinese discourses on modernity. Historic works have shown that debates on “modernization” appeared in China in the context of 19th century colonialism, and “development” is not an ideology specific to the Chinese state alone, but is equally part of Western discourse as well. It is my aim to push for a stronger conceptualization of the heritage of colonialism and colonial memory in works on governmentality in China. Furthermore, I attempt to use postcolonial approaches to place discourses in China and associated scholarly work in the context of global knowledge production. My recent project will add to this insights on the discourse of "moral construction", which assumes that subjects should not only be 'modernized', but also shaped to awaken their traditional values, e.g. Family values.

Videographic Approaches to Materiality
Ethnography and Videography are approaches that can complement the conventional set of surveying and interviewing, especially for researching tacit practices and materiality. Following the classical ethnographies of “material culture” as well as ethnomethodological workplace studies, I am interested in the question, how videography can help making sense of materiality and of materiality’s consequences for social situations. Material culture approaches and ethnomethodological approaches to videography can mutually benefit from each other: On the one hand, videography allows new approaches for studying relations between objects and practices. On the other hand, a focus on objects can help to conceptualize trans-situational connections beyond the direct transfer of meaning through language.

Consumerist Subjectivation
Consumer practices and objects of consumption constitute one of the most basic mechanisms through which regimes of subjectivation can be enacted and materialized. “Shopping” and shopping environments, as well as the wide variety of bought and consumer objects in use, do constantly create and govern new forms of “making choices”. At the same time, consumption is one of the most pervasive aspects of modern society, that can structure an almost endless range of daily activities, often without being noticed as a structuring force. I hope to further develop Dominik Schrage’s approach on consumerist subjectivation by testing and developing it in ethnographic research projects, and by combining it with insights from research of consumption in nonwestern contexts (especially China). The aim is to create a more nuanced and more “global” perspective on the ways in which consumption works in a world of asymmetric global entanglements.