Towards the Workplace of the Future – with Virtual Reality

« Bielefeld students... | Startseite | New International... »
Published on 6. September 2016, 14:07 h
Conference to be held at CITEC, the Cluster of Excellence at Bielefeld University

Virtual reality (VR) does not just help companies save money when it comes to testing new technologies; it also enables trainees and students to quickly and intensively learn on-the-job skills (e.g. in a virtual hospital). From 8–9 September 2016, experts will present the latest developments and studies on augmented and virtual reality at the Cluster of Excellence Cognitive Interaction Technology (CITEC) of Bielefeld University. This conference also includes a competition in which the researchers will demonstrate how virtual and augmented reality will enhance the workplace of the future.

With special apps – pictured here from the Bielefeld company Raumtänzer – extra information from print media can be represented as augmented reality on a smartphone. Here, it appears as if a motorcycle were parked on top of the desk. Photo: CITEC/Universität Bielefeld
This conference brings together specialists and professionals from both academia and the business world. In the foyer of the CITEC Building, visitors will be able to experience the research prototypes firsthand and learn about virtual reality systems from the exhibitors. One example of this is a product from the software company Virtalis, which allows users to interactively discuss and modify 3-D constructions (such as those used for machines) in real time. Participation in the conference is free, but visitors must register in advance on the conference website.

“With virtual reality, we can generate spaces and situations that help people learn to perform occupational duties,” says computer scientist Dr. Thies Pfeiffer, who together with colleagues is organizing and leading the conference at CITEC. “In virtual hospital rooms, for instance, aspiring healthcare professionals can train more quickly and cost effectively in routine tasks like inserting an intravenous injection,” explains Dr. Pfeiffer. “In many professions, certain tasks are performed over and over again to ensure that everything runs smoothly in emergencies or stressful situations. Training in ‘reality’ would require considerable resources, and students need a lot of space. In virtual reality, however, students and trainees can practice at their own pace until the processes become second nature.” All they need to do this is a pair of virtual reality glasses with suitable software. This allows for situations to be generated in which the users are more immersed than if they were only to practice in front of a computer monitor.

At the conference, CITEC research demonstrators will be on display, such as the virtual training space “ICSpace” and the smart data glasses from the Adamaas project. In ICSpace, a virtual coach instructs the user in how to correctly perform sports exercises – and immediately point out mistakes. The data glasses developed for the Adamaas project help people, particularly those with cognitive disabilities, to successfully complete the tasks of daily living. The glasses provide assistance, for example, in performing the maintenance work for a coffee machine.

In addition to the prototypes, the researchers will also present studies on virtual and augmented reality, including the concept for a reality simulator, which serves to test both hardware and software in virtual reality. The simulator is suitable for programmers, for instance, who develop apps for smartphones. It can simulate a smart phone or a pair of data glasses, which the programmer can then use to test whether their app really does what it is designed to do. This type of simulation is also helpful for applications that involve larger buildings or entire factory settings: the programmers can remain seated at their computer and only need to take a look through the virtual reality glasses, rather than traveling to the actual production facilities for which they are developing the software.

A highlight of the conference held in the CITEC Building will be the competition called “Virtual and Augmented Reality for the Workplace of the Future.” For this competition, the research teams are each supplying a research prototype, which will be judged by an expert jury. The company Ceyoniq Technology GmbH has donated a pair of virtual reality video glasses called HTC Vive as the prize for the competition. Ceyoniq develops software for document management and is one of the main sponsors for the conference, along with Virtalis and Raumtänzer. In addition to this, outstanding research articles will be recognized with a “Best Paper Award,” which will be chosen by both the organizing committee and the steering committee of the specialist group on virtual and augmented reality (Fachgruppe VR/AR) of the German Informatics Society (Gesellschaft für Informatik), who is organizing the conference. The winning articles will be published in a special edition of the “Journal of Virtual Reality and Broadcasting.”

For the past 13 years, interested parties from the academic and business world meet once a year for the “Virtual and Augmented Reality” conference, which was launched by the specialist group VR/AR. A detailed program overview and a list of exhibitors will be provided at the end of August. Event organizers expect approximately 100 participants to attend.

The Cluster of Excellence Cognitive Interaction Technology (CITEC) of Bielefeld University is one of 43 clusters of excellence in Germany. CITEC is working to make technical systems intuitive and easy to operate. Its interdisciplinary approach combines cognitive science research with engineering and technology. Since 2007, CITEC has been funded as part of Excellence Initiative of the federal and state governments of Germany. Approximately 250 academics and scientists conduct research at CITEC.
More information is available online at:
•    2016 Workshop website with registration form: https://www.cit-ec.de/de/vrar
•    German Informatics Society: https://www.gi.de/ 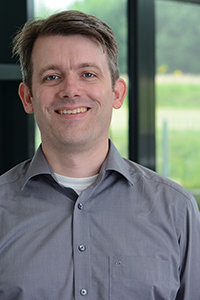