Mostly, the chemical industry still follows very extensive procedures when producing active pharmaceutical ingredients and other complex substances. Often, each intermediate has to be produced in a separate fashion within large reactor vessels. Chemists at Bielefeld University are working on an alternative together with international project partners: the flow method. This combines the production stages and proceeds in microreactors in which the desired substance can be produced without intermediate isolations. The European Union’s research programme is funding the project ‘ONE-FLOW’ with a total of four million Euros. Bielefeld University has now succeeded in gaining a scientist from the renowned Keio University (Japan) for the project. Dr. Yasunobu Yamashita has started his work on the project at the beginning of August.

Prof. Dr. Harald Gröger is working in ‘ONE-FLOW’ on a way of producing chemical compounds through combination of bio- and chemocatalysis in flow reactors. The chemical reactions are conducted for example in modules with flow tubes (see picture). Photo: Bielefeld University
Professor Dr. Harald Gröger from the Center for Biotechnology (CeBiTec) and Chair of Organic Chemistry I of Bielefeld University is the head of the German ONE-FLOW sub-project. The Bielefeld scientist is active in the field of ‘green chemistry’ aiming to develop environmentally friendly chemical reactions. Eindhoven University of Technology (Netherlands) is coordinating the entire ONE-FLOW project with eight partners. Gröger’s research team is working particularly closely with Professor Dr. Volker Hessel’s team from Eindhoven. Hessel is the project coordinator and an expert on micro-reaction technology and flow chemistry.

Economically attractive and sustainable production
‘Because of the many stages in production, the current batch reactor-type vessel technology is particularly time-consuming.  A further disadvantage is that work-up and isolation of intermediates lead to many waste products. Hence, the technology does not use raw materials efficiently,’ says Gröger. After every stage in production, the intermediate typically is purified. This might require significant amounts of solvent that then become waste products. ‘The flow method offers a way to reduce resource requirements and save waste, thus making production not only economically more attractive but also more sustainable,’ says the chemist and biotechnologist.

Gröger and his colleagues take their inspiration for the flow technology from nature. In biological cells, chemical processes proceed concurrently and as so-called ‘domino reactions’ – and they carry on doing this constantly. The conditions in cells remain the same all the time: the pressure, the temperature, and the solvent (water). In the cells, enzymes ensure that the reactions are initiated and concluded. ‘We want to apply the principles of the cell to production in microreactors,’ says Gröger.

The production volume is easy to increase
A further advantage of the new production method is that it requires far less energy and space than the conventional way of producing the desired chemicals. As microreactors, the researchers mostly use plug-flow reactors with ‘flow tubes’ with an average diameter of markedly less than one millimetre. ‘What’s special is that we can also produce large amounts of material on a small scale. This enables us to gain the substance at a specifically desired amount without great effort,’ says Gröger. ‘If we want to increase the amount, we simply add extra microreactors. Hence, problems with upscaling disappear.’

Reactions control themselves thanks to catalysts 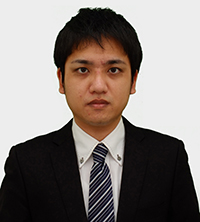 The chemist Dr. Yasunobu Yamashita from Japan’s Keio University is a new co-worker within the EU project. Photo: private
Before things reach this stage, Harald Gröger, his new co-worker Yasunobu Yamashita, and their colleagues have some preparatory work to do. In order to conduct several reactions concurrently in the miniaturized flow tube, these must not interfere with each other. ‘We are developing methods that will ensure that each reaction is shielded,’ says Gröger. To initiate reactions, the chemists are using catalysts. Although these particles are part of the reaction, they return to their initial state at the end of the process. As a result, they can be used repeatedly. One of Yasunobu Yamashita’s goals in the project is to work out how to ensure that these particles will perform its optimal activity under the chosen reaction conditions. Gröger’s research team is specialized in the combination of bio- and chemo-catalysts. In nature, biocatalysts are found in the form of enzymes. Chemocatalysts, in contrast, are developed artificially. ‘By combining chemo- and biocatalysts in a flow reactor, we want to efficiently produce pharmaceutically relevant products at room temperature and thereby produce them in a more sustainable and specific mode,’ says Gröger.