The US-American Nobel Prize winner Professor William E. Moerner together with more than 150 researchers and companies from all over the world will be attending the International Conference on Nanoscopy (ICON 2018) in Bielefeld from the 27th of February till the 2nd of March. The latest developments in the field of optical nanoscopy and their application in biology and biomedicine will be discussed at the meeting. Bielefeld University’s Faculty of Physics is organizing the conference together with the Gesellschaft zur Förderung des Forschungs- und Technologietransfers (GFT e.V.) and the company Bionano-Solutions. It will be held in the conference rooms of the Bielefeld University of Applied Sciences. 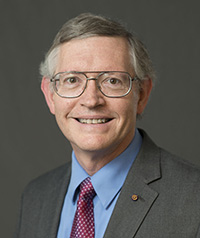 Prof. William E. Moerner. Bild: Steve Gladfelter
‘The term “optical nanoscopy” covers a series of methods that have been developed for classical microscopy since the 1990s. These have made it possible for microscopes to deliver optical images of the smallest of details,’ explains Prof. Thomas Huser from Bielefeld University’s Faculty of Physics, the co-organizer of the conference. In 2006, several research groups achieved a breakthrough in this research area, for which two US- American and one German physicist were awarded the Nobel Prize in Chemistry in 2014. One of these scientists is Professor William E. Moerner from Stanford University in California who will be opening the conference with a plenary lecture.

During the conference, experts from Belgium, France, Germany, Great Britain, Italy, Spain, Switzerland, and the United States will give invited talks on the latest developments and applications in the field of microscopy technology. On the basis of their submitted abstracts, a scientific committee has chosen an advance selection of twenty further persons who will also give talks. There will be two panel discussions in which conference participants will debate about the future of optical nanoscopy in biomedical research, as well as the importance of machine learning for this field. Well-known manufacturers of microscopes and cameras will exhibit their products and about 60 research posters will be on display.

Human cells viewed with a conventional microscope (left) and with a super-resolution microscope (right). Photo: Dr. Wolfgang Hübner
Physicists from Bielefeld University have played a prominent role ever since the beginning of research in the field of nanoscopy. For example, they developed a chemical mechanism with which to make the light emission of fluorescent molecules blink on purpose. ‘It was only then that researchers were able to easily confirm the presence of single molecules under the microscope and determine their position precisely,’ says Huser.

In 2016, the first ICON was held in Basel. It has already been decided that the next one will be held in Oxford in 2020.