'I am more spiritual than religious' - half of the respondents agreed with this statement, regardless of whether they belonged to a church or not. This is one of the findings from an intercultural study by Bielefeld University and the University of Tennessee at Chattanooga, USA. The research project aims to explain what people understand by the terms spirituality and religiosity, how this understanding relates to their personality and biography, and what it means for their lives. The project is running until the end of 2012. One part of the project is an online survey of a total of 1,886 participants in Germany and the USA. Initial analyses of this survey are now available, and one finding has surprised the researchers: an amazingly large number of people who do not belong to a religious community, including many who see themselves as atheists, describe themselves as spiritual. 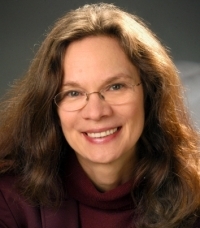 The qualified psychologist Dr. Barbara Keller is studying what people understand by the terms spirituality and religion. Photo: private

The online survey ran from April 2010 to May 2011. There were 773 participants in Germany and 1,113 in the USA. The German participants had an average age of 43 years; the Americans, 34. What the researchers found so interesting was that the attribute 'spirituality' was also claimed by persons who have either never belonged to a religious community or who have left their church or religious community. This included a surprising minority who explicitly described themselves as being atheists, nontheists, or agnostics. Every second one of those reporting that they did not belong to a religious community considered themselves to be 'more spiritual than religious'. The research team was interested to see that 'spirituality' was also very attractive for a majority of those belonging to a religious community.

Hence, it generally seems that many people in Germany and the US can identify more easily with the concept 'spirituality' rather than with 'religion' or 'religiosity'. The Bielefeld scientists consider that one reason for this is the ambiguity of ‘spirituality’: Some people use it to distance themselves from organized religion, pointing out that they are not committed to one institution and sometimes even reject the belief in God while nonetheless knowing what they consider to be holy. For others, the term 'spirituality' is linked strongly to their religious denomination and their belief in God. The self-report 'I am more spiritual than religious' is even popular among those belonging to churches and religious communities. 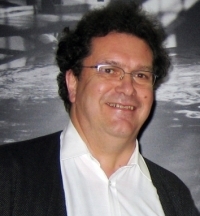 Professor Dr. Heinz Streib is head of the research project 'Spirituality in Germany and the USA'. Photo: Bielefeld University
The scientists now want to cast light on the relation between experienced spirituality and personal biographies in individual biographical interviews. 'Spirituality' – regardless of what a person understands by this – develops in an individual way shaped by decisive experiences, critical life events, or meetings with significant others', says psychologist Dr. Barbara Keller, Primary Researcher in the project on spirituality that is being coordinated by Bielefeld University. The head of the cross-cultural research project is Professor Dr. Heinz Streib from Bielefeld University's Center for the interdisciplinary research on religion and society (CIRRuS)/ Research Center for Biographical Studies in Contemporary Religion.

The project 'Spirituality in Germany and the USA' is being financed by the German Research Foundation (DFG). In an earlier project – the Bielefeld Cross-Cultural Deconversion Study – the scientists studied why people have turned their backs on their religious communities and which consequences this has had for them.

For further information in the Internet, go to:
www.uni-bielefeld.de/spirituality-research