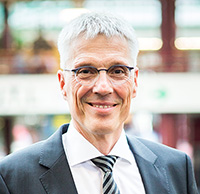 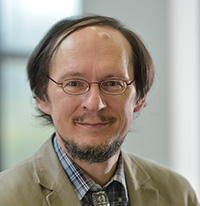 Professor Dr. Helge Ritter was elected by the General Assembly of the German Research Foundation (DFG) to the Senate of the research funding organisation in Halle (Saale) at the beginning of July. He is one of seven new members of the DFG Senate. The Senate advises and decides on all important affairs of the DFG. The Senate decides which review boards should be formed and how they should be structured. The Senate consists of 39 members in all. Ritter has been a professor at Bielefeld University’s Faculty of Technology since the early 1990s and is head of the Neuroinformatics Group. Since its foundation in 2007, he has been coordinator of the Cognitive Interaction Technology Cluster of Ex-cellence (CITEC). The Leibniz laureate is director of Bielefeld University’s Research Institute for Cog-nition and Robotics (CoR-Lab). 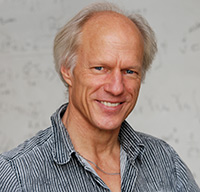 Prof. Dr. Michael Röckner
Professor Dr. Michael Röckner, mathematician at Bielefeld University, is being awarded an honorary doctorate (Doctor of Science) at Swansea University (Great Britain) on 24 July. This is the highest honour the Welsh university can bestow. Swansea University is recognising Röckner for his exceptional services to mathematics and honouring his close academic connections to the Welsh university. Professor Dr. Michael Röckner is dean of Bielefeld University’s Faculty of Mathematics, and since early 2017 president of the Association of German Mathematicians (DMV) and currently managing director of the Center for Interdisciplinary Research (ZIF). Furthermore, he is spokesman for the Collaborative Research Centre in mathematics to study randomness, which was approved by the German Research Foun-dation (DFG) in May and started work in July. 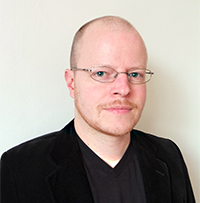 Dr. Fabian Wendt
Vertretungsprofessor Dr. Fabian Wendt is being awarded the Sanders Prize in Political Philosophy. The award is endowed with 10,000 US dollars. He is receiving the award is for his as yet unpublished essay on “Rescuing Public Justification from Public Reason Liberalism”, which is due to appear shortly in the Oxford Studies in Political Philosophy. The Marc Sanders Foundation makes annual and biennial awards to young scholars in many key areas of philosophy. The founder of the foundation, American Marc Sanders (1939-2011) was a philanthropist, businessman, and writer who spent the last 40 years of his life learning, writing and working on systematic philosophy. He specialised in the field of political philosophy. Fabian Wendt has been an interim professor at Bielefeld University’s Faculty of History, Philosophy and Theology since 2015. Starting in October 2017, Wendt will be conducting research and working as a Research Associate at Chapman University in Orange (USA).


Posted by LThomßen in General
Kommentare: