How much welfare and social assistance do the millions of migrant workers in China’s and Vietnam’s global factories receive? What does this tell us about the welfare systems of these rapidly developing nations? The Bielefeld scientist Minh Nguyen has been awarded an ERC Starting Grant from the European Research Council (ERC) for her social anthropological research on Eastern and Southern Asia at the Faculty of Sociology. These grants aim to promote excellent and promising young academics. Minh Nguyen’s research will receive a total of approximately 1.5 million euros funding over a period of five years. She is the third researcher at Bielefeld University to receive one of these major EU prizes to promote science. 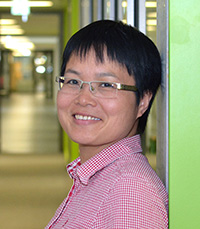 ‘The ERC Grant confirms the importance of understanding the significant changes to the welfare state in the developing industrial nations of China and Vietnam,’ says the award winner, Professor Dr Minh Nguyen. She adds: ‘With migrant workers in these countries working for globally active companies that produce goods for the whole world, their social welfare is a matter of global interest. The ERC Grant allows me to carry on with my comparative ethnographic research on how the wide-ranging social and political processes are impacting on the lives of people in the region. Moreover, I can strengthen research in the “Transnationalization and Development” Research Unit at Bielefeld University’s Faculty of Sociology.’

Professor Dr Minh Nguyen has been carrying out research in her first professorship at Bielefeld University since February 2018. She specializes particularly in the topics of care and welfare, migration and mobility, as well as gender society and class society in Eastern and Southern Asia. With the help of the ERC Grants, she is setting up her own research unit.

Born in Thai Binh (Vietnam), Minh Nguyen studied English with a major in sociology at the Vietnam National University followed by social planning and development at the University of Queensland (Australia). In 2011, she gained her doctorate in development-related social research at the University of East Anglia (Great Britain).She then went on to spend five years as a Research Fellow at the Max Planck Institute for Social Anthropology in Halle/Saale.

ERC Starting Grants are awarded to young researchers at the beginning of their independent scientific careers and within the first seven years after gaining their doctorates. Their award is conditional on the researchers having published independently as first authors and confirming their prospective leading role in research by editing special issues in international scientific journals.

Two scientists at Bielefeld University have been awarded ERC Grants in the past. In 2012, the chemist Professor Dr Achim Müller was awarded an ERC Advanced Grant, the highest academic prize of the European Union. It was awarded in recognition of his research in nanochemistry that was funded until 2015. The cognitive scientist Professor Dr Christoph Kayser came to Bielefeld University in 2017 after being awarded an ERC Consolidator Grant. He is studying how and where the senses merge in the brain. His work is being funded until 2020 with a Consolidator Grant. Such grants are awarded to academics who are already in charge of a research unit.