A Robot to Be Fond Of

How can robots enrich people’s private lives? A research team is investigating this question in the context of the VIVA project, in which the researchers aim to develop a strongly expressive social robot that is perceived as trustworthy and friendly. Researchers from Bielefeld University’s Cluster of Excellence Cognitive Interaction Technology (CITEC), the University of Augsburg, and the University of Applied Sciences Bielefeld are working together on this project with three companies from the IT sector. From 19–21 September, a kick-off conference will be held in the CITEC Building, where project members will come together to discuss the research work ahead.

In the VIVA project, researchers at the Cluster of Excellence CITEC will first be working with the social robot Pepper. They aim to develop their own robot over the course of the project. Photo: Friso Gentsch/CITEC

“Robots have long been established in industry. This is still not the case in private life,” says Professor Dr. Friederike Eyssel, of the Cluster of Excellence Cognitive Interaction Technology (CITEC). “We already use many technical assistants, which help us in our daily living or provide support for our social lives. With the increasing proliferation of these systems, it is becoming ever more important that people accept and trust these systems.”

The goal of the new VIVA project is to design the interactive behavior of robots in such a way that humans also come to see robots as providing appealing enrichment in private and personal contexts. Participating members of VIVA include three universities, including Bielefeld University, the University of Augsburg, and the University of Applied Sciences Bielefeld, as well as three companies, including navel robotics GmbH (Munich), Neuland Software GmbH (Augsburg) and Visions4IT GmbH (Gauting). The Bundesministerium für Bildung und Forschung (BMBF, Federal Ministry of Education and Research) is funding the project through the end of July 2021 with 2.67 million Euro, of which a good 700.000 Euro is allocated to CITEC. During the kick-off conference at the CITEC Building from 19–21 September, all representatives will come together to discuss use cases and to determine next steps.

“With VIVA, we want to push beyond the boundaries of all previous concepts for social robots,” says Claude Toussaint, of naval robotics in Munich, who is coordinating the project. “Instead, we want to create a vibrant character who is fond of people – the likes of which we’ve only ever seen before in animated films. This requires a finely choreographed interplay of absolute top Know-How from the most wide-ranging of disciplines.”

“A robot is typically considered to be trustworthy when it is functionally reliable,” says Professor Dr.-Ing. Stefan Kopp, of CITEC. “With social robots, it is crucial that the human understands the robot it is interacting with, while also being sure that he or she is also understood by the robot. Feedback such as eye contact plays an important role here. A connection to shared experiences and previous actions is also conductive to trust, and this requires continuous learning by both sides.” As head of the Social Cognitive Systems research group, Dr. Kopp and his team are developing the robot’s architecture and voice dialogue capabilities.

“The robot as a trusted companion in daily life should not, however, replace any interpersonal human contact – it should instead foster social inclusion for people,” says Eyssel, who heads the Applied Social Psychology and Gender Research group at CITEC. Together with her team, she is responsible for evaluating the project. As part of the EU research project CODEFROR (COgnitive Development for Friendly RObots and Rehabilitation), Eyssel is also already looking at the question of which psychological factors promote acceptance and having a positive attitude towards robots.

Initially, the scientists will conduct their research using Pepper, a social robot. “But our goal is to develop a new robot that is specially designed to generate likeability and social resonance,” says Stefan Kopp. “Next we will be working on a prototype, conceptualizing the technical foundation for this.”

The project name VIVA stands for “Vertrauen und Sypathie schaffender ‘lebendiger’ socialer Roboter” [“A lively social robot who creates trust and builds friendship”]. 2.67 million Euro have been made available for this project, of which 2.27 million Euro has been awarded by the Federal Ministry of Education and Research. 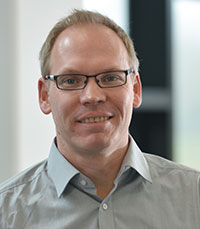 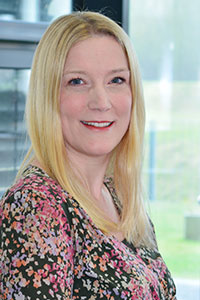